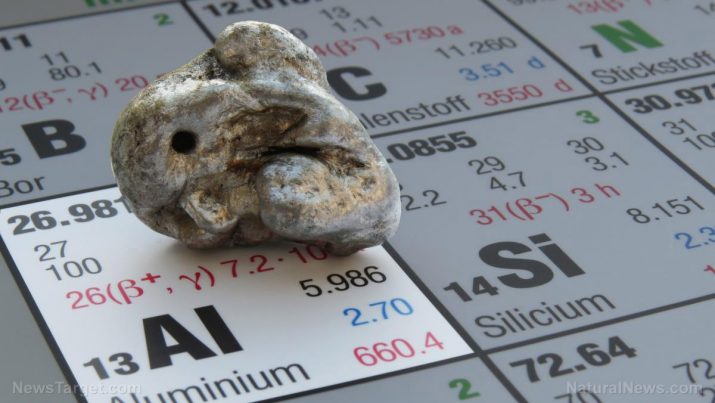 NOTE: Since this article as written (in 2015), CHOP and Offit removed some of their statements quoted here. I suppose they realized their statements were indefensible. This article is not maintained to track the latest nonsense from CHOP/Offit about aluminum adjuvant.

Dr Paul Offit is a well-known vaccine advocate and doctor at the Childrens Hospital of Philadelphia (CHOP), where he is director of the Vaccine Information Center. The rotavirus vaccine he developed made Offit very rich. He vigorously defends vaccines in the media, often with half-truths and outright lies.

In order to defend vaccines and vaccine safety claims, Dr. Offit must also defend the practice of injecting children with aluminum adjuvant, despite the absence of evidence for safety, and substantial evidence of harm. On the CHOP website here (CHOP – Vaccines and Aluminum), Dr Offit states the following:

Aluminum and pregnancy
Aluminum quantities fluctuate naturally during normal cellular activity. It is found in all tissues and is also believed to play an important role in the development of a healthy fetus. This is supported by several findings:
*During healthy pregnancies the amount of aluminum in a woman’s blood increases.
*The amount of aluminum in the blood of the fetus increases between four and a half and six months gestation and again at eight months gestation.
*At delivery, the blood of full-term infants contains more aluminum than the mother’s, but it decreases shortly after delivery.
*The blood of premature infants has more aluminum than that of full-term infants.
*The concentrations of aluminum in brain tissue are high during gestation and highest immediately after birth.
*The breast milk of moms with premature infants contains more aluminum than that of moms who carried their babies to term.”

The CHOP page on aluminum is here: CHOP/Offit Statement on Aluminum

In these statements Dr Offit is asserting that aluminum is a nutrient, i.e. a mineral with healthful functions in the human body. This is absolutely false. Aluminum has no healthful function in the body or any living thing. It is a toxin and a toxin only, to all life forms.

The fact that aluminum concentrations increase in the blood and change in some tissues does not in any way mean or suggest that aluminum is doing good or necessary functions. Its just moving around the body as all substances are known to do. Blood lead levels can also increase during pregnancy. Of course, this doesn’t mean that lead is a nutrient or has “an important role” in the development of a healthy fetus. The only “role” lead plays in a fetus is damaging the fetus. It is the same with aluminum.

These statements by Dr Offit are deceptive and unscientific. Dr Offit is deceiving those that are not well educated in nutrition or medicine. This behavior by Dr Offit is shameful.

What is actually happening with aluminum blood levels during pregnancy is that aluminum is being mobilized from the bone. The bone is a storage site for aluminum, just as it is for lead. Toxic metals in bone tend to cause less damage than other places, like the brain. So putting toxic metals in bone minimizes the harm they cause. During pregnancy, minerals are drawn out of bones to be used by the developing fetus. This is well known. Consequently, toxic metals stored in the bone are released as well. Both aluminum and lead are released by bone de-mineralization during pregnancy.

Consider this case report of a woman that experienced a 3-fold rise in blood lead levels during pregnancy, caused by lead being mobilized from the bone. The same thing happens with aluminum. Its ridiculous to say that this means aluminum or lead “plays an important role” in the fetus.

“We report the case of an adult female who had last been exposed to lead 7 years earlier but now presented with symptoms and findings of acute lead poisoning which we treated with chelation therapy. In the absence of an acute lead exposure, her increased lead levels were likely due to increased mobilization and redistribution from mineralized tissues during and after a recent pregnancy.”

Increase in blood levels during pregnancy does not mean that aluminum is “playing an important role in the development of a healthy fetus”.

Offit the Illogical
Dr Offit seems to think that the following observations are evidence that aluminum is a nutrient with beneficial, healthful functions in a fetus. Offit says the following on the CHOP website:

In view of the well known and proven toxic effects of aluminum, its exactly the opposite. Elevated aluminum in preemies is not a sign the aluminum is doing good, but rather that it’s causing harm. Aluminum is likely a cause of preterm births. A preterm infant is not a healthy infant. Preterm birth is a definite sign of poor health.

Lead and other toxic pollutants are also associated with preterm births, and widely believed to cause them. A recent review states:

“Lead exposure in relation to birth outcomes has been well-reviewed. Andrews and colleagues (1994) summarized early findings, including several occupational studies, reporting that Pb exposure was likely associated with increased risk of preterm birth, and that the effects were dose-dependent. “

Offit’s preposterous illogic implies that lead should be considered a nutrient thats beneficial for babies. Offit is either being deceptive and dishonest, or he does not understand basic scientific reasoning.

A Deceptive Citation
To support these wrong and deceptive statements, Dr Offit references a well-known but old (1986) paper on aluminum toxicity, by Ganrot. The Ganrot paper is a lengthly review of the evidence that aluminum is harmful to various tissues and biological processes. Ganrot never suggests that aluminum is benign or beneficial. Ganrot states:

“Aluminum(Al) is present in very small amounts in living organisms but is abundant in the environment. In no case has Al been shown to have a definite biological function. Taken together, this suggests that Aluminum possesses properties incompatible with fundamental life processes. Despite this, Al has generally been regarded as virtually biologically inert and the interest shown for its biochemistry and metabolism has been very limited. However, during recent years, an increasing number of toxic effects have been established.” (emphasis added)

By listing the Ganrot paper as a supporting reference, Dr Offit is mischaracterizing Ganrot. This is academic misconduct. At academic institutions, academic misconduct is considered an offense potentially as egregious as plagiarism, cheating or falsifying data.

As of May 2017, CHOP and Offit are still citing the Ganrot paper.

Offit Lies About Aluminum Exposure
In a video statement (here: https://www.youtube.com/watch?v=8H3sOzma22U) Offit claims that aluminum intake from food and water is far higher than aluminum exposure from vaccines. This is absolutely wrong because only a small fraction of ingested aluminum is absorbed into the body. Ingested aluminum absorption is about 0.1-1%, typically about 0.3%. Specifically, Offit states:

For the vaccines given in the first 6 months of life, this statement is exactly wrong. The truth is the opposite of what Offit says. In infants, vaccines produce far higher exposure to aluminum than food.

The most appropriate comparison is with breastmilk, because infants are adapted to consume milk, not formula. Some scientists (e.g. Dr Chris Exley) are concerned that infant formula contains harmful levels of aluminum.

Giving a baby 175X more aluminum than normal exposure from milk is alarming to anyone with common sense.

Dr Offit’s paper has a section on aluminum, which states:

“For determining the quantity of aluminum below which safety is likely, data were generated in mice that were inoculated orally with various quantities of aluminum lactate.42 No adverse reactions were observed when mice were fed quantities of aluminum as high as 62 mg/kg/day. By applying uncertainty factors of 3 (for extrapolation to humans) and 10 (for human variability), the ATSDR concluded that the minimum risk level for exposure to aluminum was 2 mg/kg/day.43 The half-life of elimination of aluminum from the body is approximately 24 hours.41 Therefore, the burden of aluminum to which infants are exposed in food36–40 and vaccines (Table 3) is clearly less than the guideline established by the ATSDR and far less than that found to be safe in experimental animals.41,42” (emphasis added)
ATSDR= Agency for Toxic Substances and Disease Registry, a federal government agency

The citation for the underlined statement is: (Golub): Effects of Aluminum Ingestion on Spontaneous Motor Activity in Mice

The Golub study in fact reported two adverse effects from the 62mg/kg/day dosage.

“After the first week of Al exposure, mice began to show a localized loss of fur on the tip of the snout that was identified by veterinarians as a low level sign of poor condition in the colony. This condition was reported more frequently in the LO and HI Al groups than in the controls.”

So Golub clearly identifies the cyclic food intake as an adverse, toxic effect, even though it was not among the 11 signs listed.

Dr Offit’s statement about the Golub study is false. 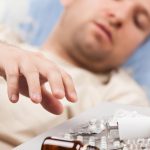 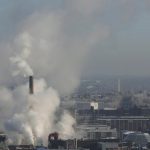 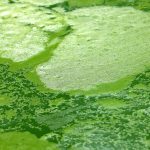 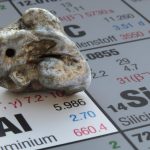 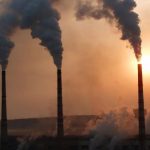